Juz Amma in a nutshell by The Quraan Project

Posted by Discover the language of the quran at 02:05 No comments:

Every single Muslim reads the Quraan but very little amongst them study the Tafsir of the Quraan i.e the meanings of what they recite and little give concern to the Tafsir. And we ask Allah that he makes it easier for me and you from that small group who study and give importance to Tafsir. Some people memorize a Surah just merely the wordings but if we were to ask such people what is the meaning of such and such word or what we lessons can we take from this Ayah i.e what is it telling us? You may not find any such answer.

I mention this in order to encourage and urge those who are negligent of seeking to understand the meaning of what they recite. We advise and encourage such people to read the Tafsir of the Quraan.

Let me run you through a practice example like Surah Al-Ikhlaas which we've all memorized. If someone says what is the meaning of As-Samad in the Ayah Allahu As-Samad.

Surah An-Naazi'aat what is the meaning of of As-Saahira?

The words of the likes of these Ayaat if we understand there meanings it will increase our understanding of the Quraan. So if we read the Tafsir or the views of the Mufassireen of these words or Ayaat it increase there desire to listen to the recitation of the Quraan.

So one just memorizes the Surah i.e its wordings like now in the Islamic world we have 1000's recitors of the Quraan they recite it with proper Makhaarij but however a Qaari of the Quraan in the time of the Salaf is the one who recites the Quran, understands its meaning and reflects over what he recites.

I advise the brothers to read tafsir of what he memorizes. So when you memorized Juz Amma then after that begin the study the Tafsir of Juz Amma. And we recommend the Tafsir of Shaykh As-Sa'dee which is from the best of the books of Tafsir.


Posted by Discover the language of the quran at 14:41 No comments: 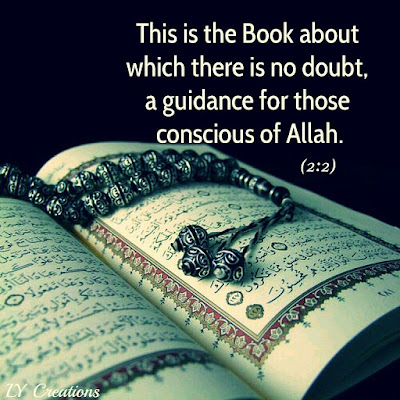 Allah says in the start of Surah Al-Baqarah:

"That is the book in which there is no doubt."

In his saying "That is the book" that is the great book in which contains information that the previous divine books doesn't contain of the great knowledge and the clear truth.

In his saying "In which there is no doubt" there is no doubt what so ever in any shape or form and the negation of doubt necessitates its opposite which is certainty. So this book contains knowledge, information that is certain and which removes and uplifts the doubts. The objective of the negation here is to establish a praiseworthy quality which must implicitly ellude to its opposite which is perfection because just merely negating something (without the implicit indication of perfection) is redundant and meaningless. Such a empty expression of negation doesn't contain any form of  praise.

Tayseer Al-Kareem Ar-Rahmaan Fi Tafsir Kalaam Al-Mannaan, p26
Posted by Discover the language of the quran at 14:58 No comments:

Imam Maalik's relationship with the Qur'aan by Shaykh Saalih Al-Usaymee 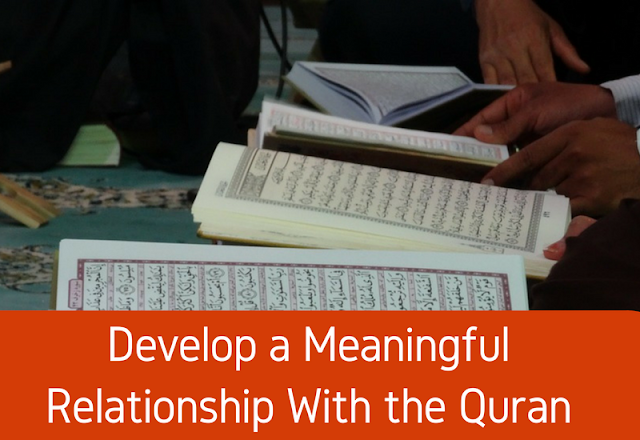 Amongst the best means of extracting guildence and precious gems from the Quraan is reciting to very frequently.
Imaam Ibn Abi Haatim in his Muqadimah Jarh Wa Ta'deel relates from Abdullah Ibn Wahb:

"We was astonished how Imam Maalik used extract from the Qur'aan so we asked his sister so she said when he used to enter his house he wasn't occupied with anything other than reciting the Quraan."

If a person reads the Quraan with the intention of extracting guildence he will attain understanding of it in abundance as a result of his intention.

Source: https://www.youtube.com/watch?v=aHW0sSvG3bE
Posted by Discover the language of the quran at 04:16 No comments: 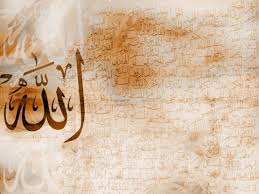 The word "Allah" indicates that the one who only has the right to be worshipped.

As for the word "Ilaah" indicates some who could have the right to be worshipped or not. So on one hand it may refer to Allah or to other than him as oppose to the word "Allah" then this restricts worship to him only.

Source: Safwa At-Tafaasir  Vol. 1, Pg 20
Posted by Discover the language of the quran at 01:26 No comments:

Tafsir of Ar-Rahman and Ar-Raheem by Shaykh Ibn Uthaymeen 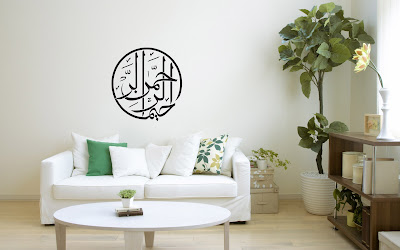 Ar-Rahmaan (The most merciful)

It is a name meaning the one who is described with expansive, all encompassing mercy ie. the possessor of extensive mercy. Even the Arabic form upon which this name comes, concerning the rules of Arabic Conjugation indicates a sense of expansiveness, extensiveness and fullness. So one might say "A man is Ghadbaan." which is the same word pattern as Ar-Rahmaan this is not just the man is angry but is when he is filled up with anger. Any word that follows the word pattern of Fa'laan takes this connotation (like Ghadbaan, Ar-Rahmaan etc).
So Ar-Rahmaan means the one who has as his attribute very great and extensive mercy.

Ar-Raheem (The bestower of all Mercy)

It is a name meaning the one who bestows mercy on whomever he wills of his servants i.e one who is merciful to others. The Arabic form of the word indicates the occurrence of the action.

So here, mercy is one of Allah's characteristics or attributes proven by the name Ar-Rahmaan. Mercy also relates to his action bestowing mercy on the creation and this is indicated by his name
Ar-Raheem.

The particularities of Ar-Rahmaan

1. This is one of the names of Allah which exclusive to him nobody else may refer to themselves by Ar-Rahmaan.

2. Ar-Rahman refers to mercy in general (for the believers and the disbelievers).

3. Ar-Rahmaan is a description as well being a name of Allah.

4. Ar-Rahmaan refers to the one who has all-expansive mercy.

5.  Ar-Rahmaan refers to the attribute, adjective of mercy.

The particularities of Ar-Raheem

1. Ar-Raheem is one of the names of Allah

2. Ar-Raheem refers here to the action of mercy i.e granting mercy on others.

3. Ar-Raheem refers to the one who bestows mercy and is the source of all mercy.

4. The term Ar-Raheem can be applied to other Allah.

5. Ar-Raheem refers to the mercy that is specific to the believers
Posted by Discover the language of the quran at 12:27 No comments:

The meaning of Bismillah by Sheikh Ibn Uthaymeen 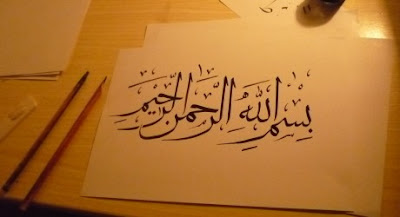 We say that there must be an associated missing verb because a preposition and the object of the preposition in arabic must both refer to an action. This delay of action or verb is deffered until after mentioning the name of Allah for two benefits;


We say the delayed missing word is a verb because action words are are verbs and this is known to the specialists of Arabic grammer and for this, nouns do not apply except with specific conditions.

"Whoever has not already slaughtered (his animal), then let him slaughter in the name of Allah."

or he said: "Upon the name of Allah."

As for the word "Allah" is a proper name for the lord of all the creations. No one else is named with this name. It is the base origin of all the other names (of Allah) and all of them follow and describe this name.

In the next post we shall discusses Ar-Rahman Ar-Raheem inshallah.
Posted by Discover the language of the quran at 13:17 No comments:

Discover the Language of the Quraan